I remember one day in my early engineer career, a recruiter asked me « What is the function of a computer? ».  As I did not gave the answer he was waiting for, he said « A computer is used to output the result of an computation« . How to explain him that a computer can also be used for art ? I just said « ok » and did not get the job 🙂
In my early childhood I used computers to play games. That was the primary function of computers for me. Other people used computers to work. We are not going to deal with that here. Let’s talk about underground scene.
On the creative part, computers can be used for:

This can be done for games or demos.
For game, there is also « game design » job, but this was not clearly existing at that time. It was often the technical team that was also creating game mechanisms.
Dealing with games, there were also lot of activities:

I’ve never been attracted by the cracking activity. For me that was not interesting part of programming (that is interesting, but not for me). So I tried  the three first activities: Drawing, Composing musics and programming.

On Amiga drawing was done using software « Deluxe paint ».  That was nice soft to draw and animate picture (the step by step animation system was really great). I realized some piece of art but result was quite average and I spent many time on it. Obviously I did not have any gift for that.

Here is on drawing I’ve made:

Since I was younger, I practiced music. First drums, then organ. I really loved it (still today).  But I have a very bad ear and composing is painful to me. Although I made lot of tries composing musics, I’ve never reached satisfactory level of quality. Around 1990-1991 I worked two months in summer and bought a KORG M1 Synthesiser. At that time, the M1 was the best synthesizer. I still have it (using it as a master keyboard). This is a really great instrument. 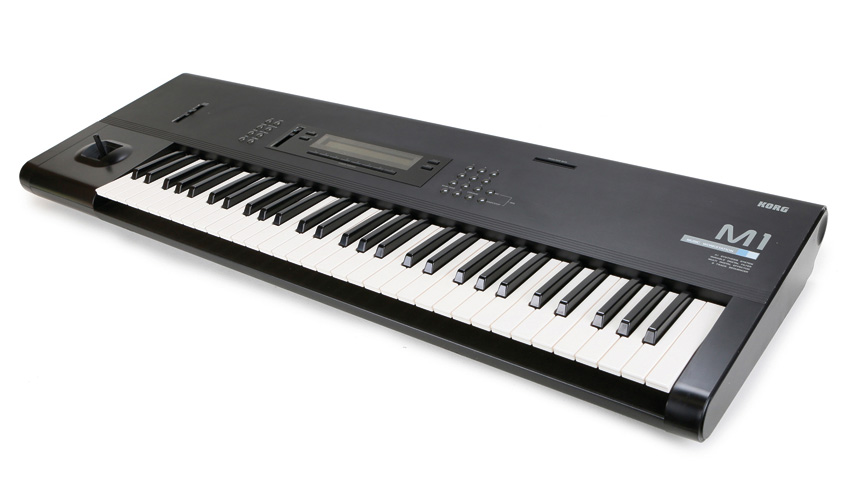 This is the part were I naturally felt good. Programming was easy and fun to me. That’s surely why I spent so much time in it. Programming on Amiga was hard but I really liked it. So I hardly studied the documents and learn step by step. In all following chapters I’ll act as a programmer.

By christophekohler | novembre 5, 1989 | Uncategorized | No Comments |