This was my first attempt for a 64Kb demo. Lot of thing are generated (vector font).

We prepared it for the Saturne Party 3 1996( (1996-04-27). Should have feature some 3d but no enough time to add it. The final result is pretty lame. Not enough work in there. A 3D « Bee » should have been displayed on the wood moving background.

TODO: Add schema of the bee. 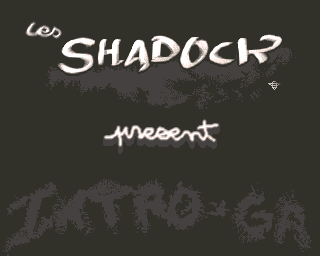 The last part was using the same technic of the previous demo « pourquoi faire simple ». But the layout was horrible.

The font was generated. So the text page are generated from a vector font.