In end 1988, I started programming stuffs on my amiga 500. I was 15 years old. I had some assembly courses published into a game magazine called « Gen 4 ». The lesson were written by one demomaker François Fleuret (« MajorFatal » for his nickname, not sure about this). There was one article about scrolling. So I typed it and managed to make it worked. That was the start point of the first demo I’ve done (see next step). In fact the original code is for a sinus scroll, I changed the wave to be flat :).

Here is the magazine. It is in french. Generation 4 was very famous at that time. 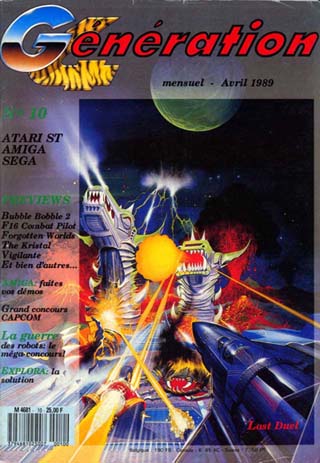 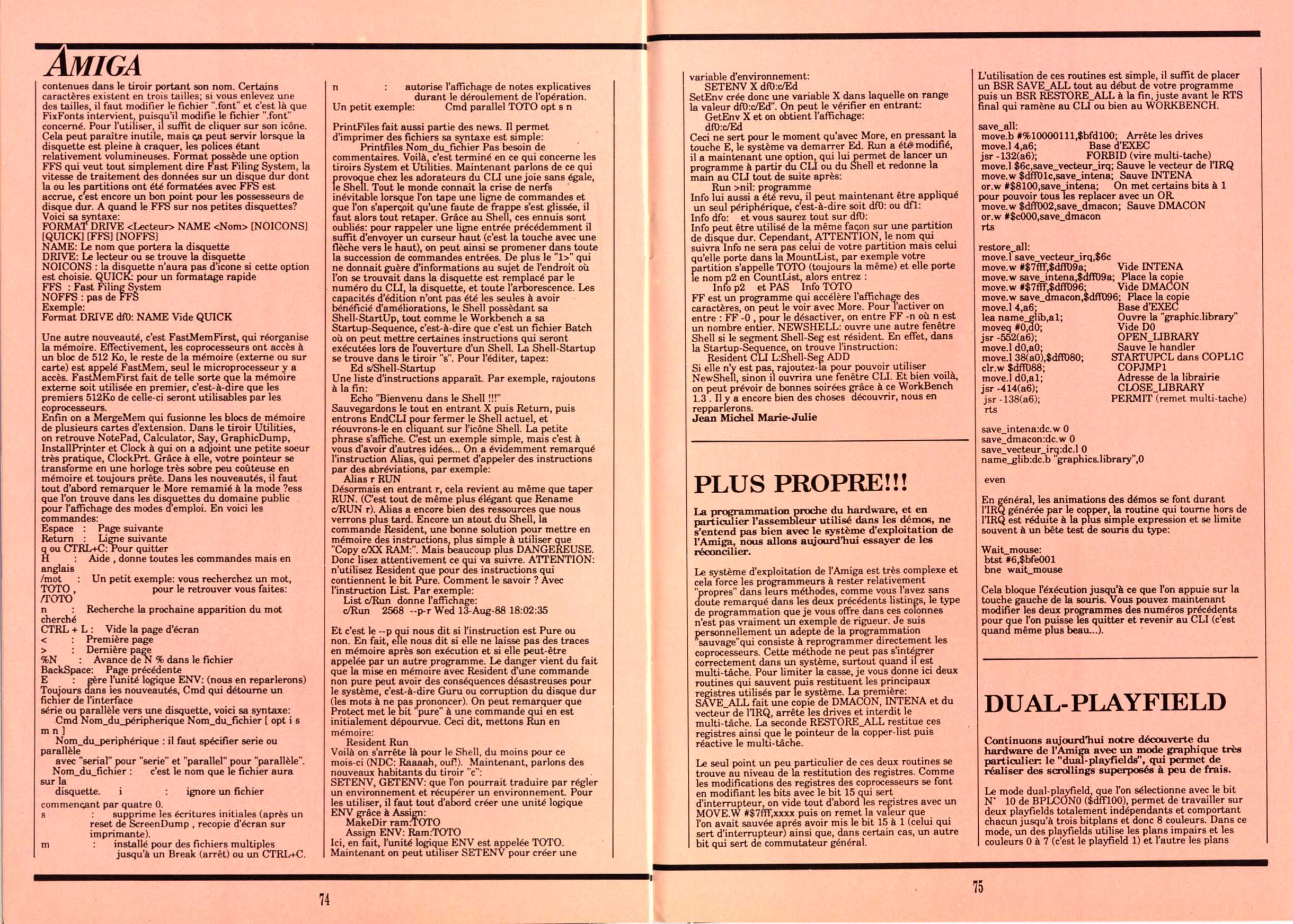 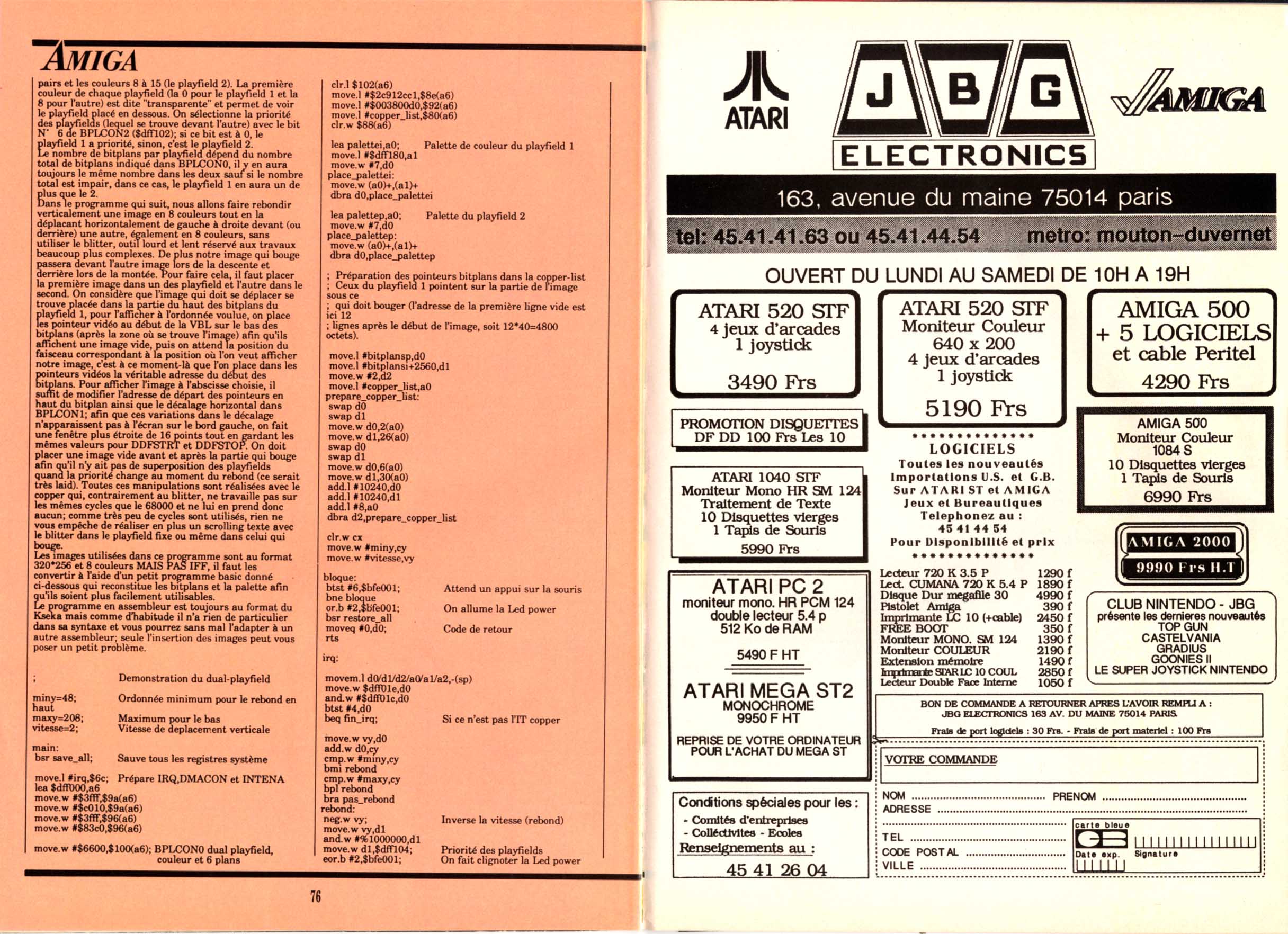 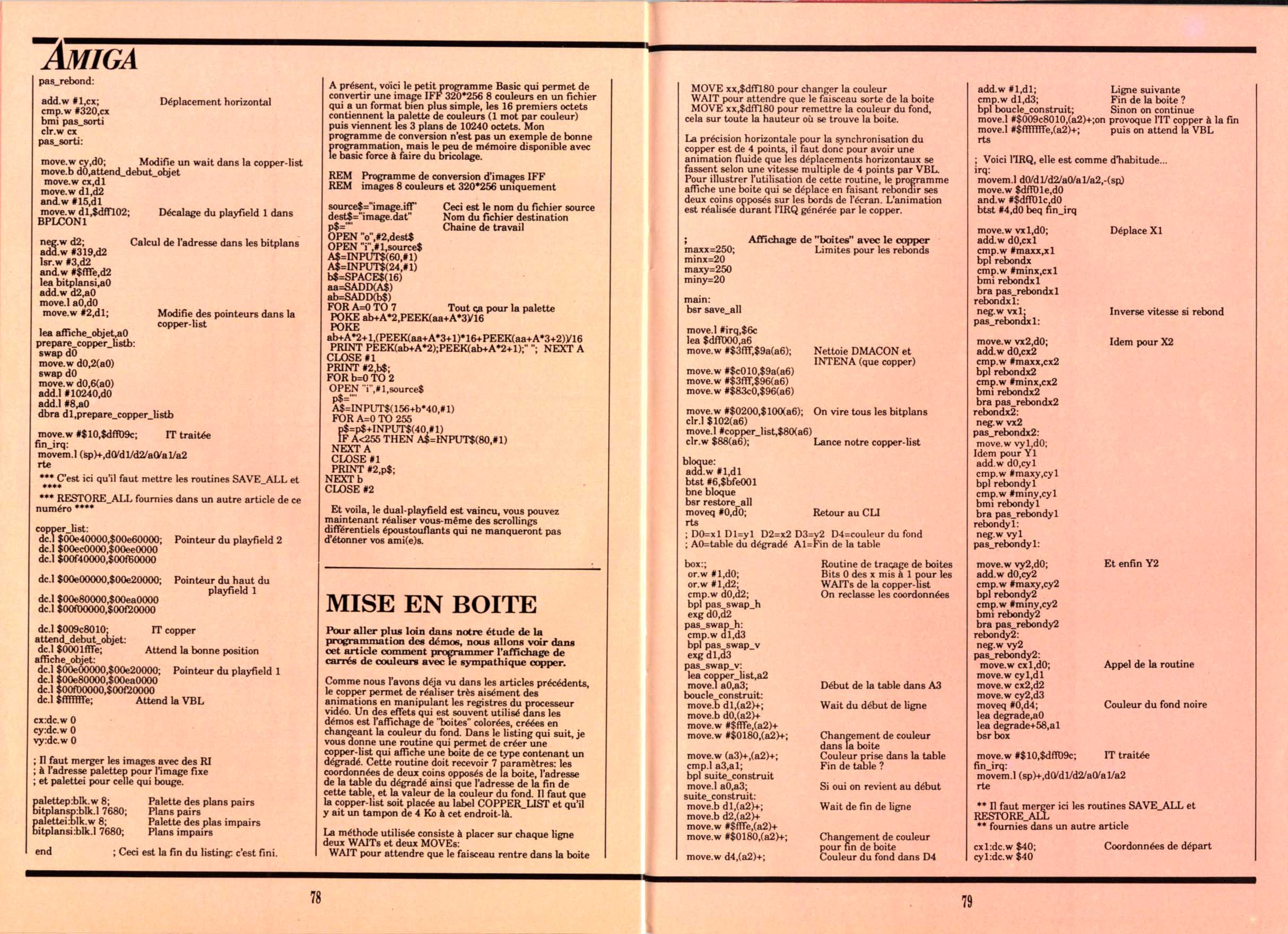 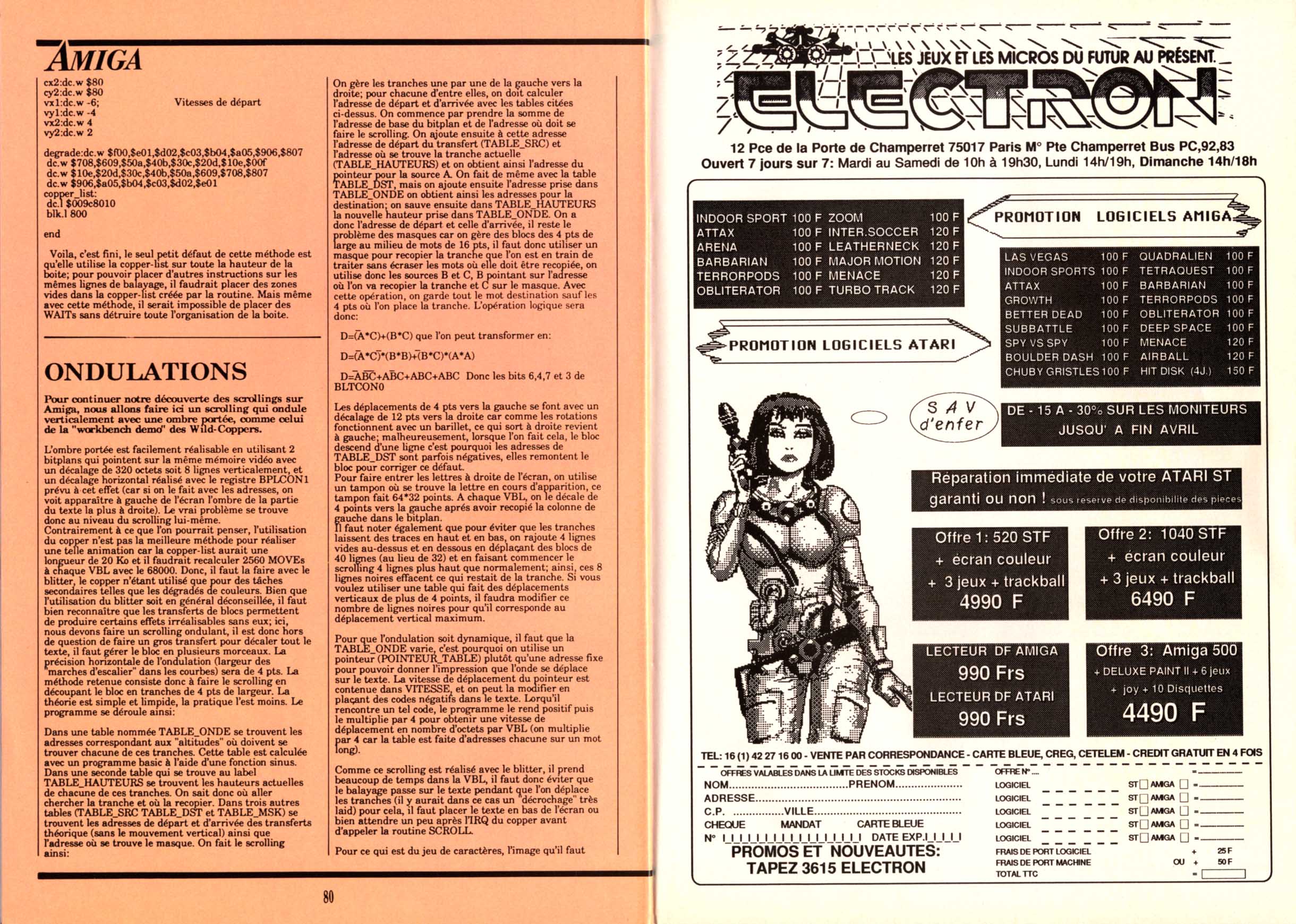 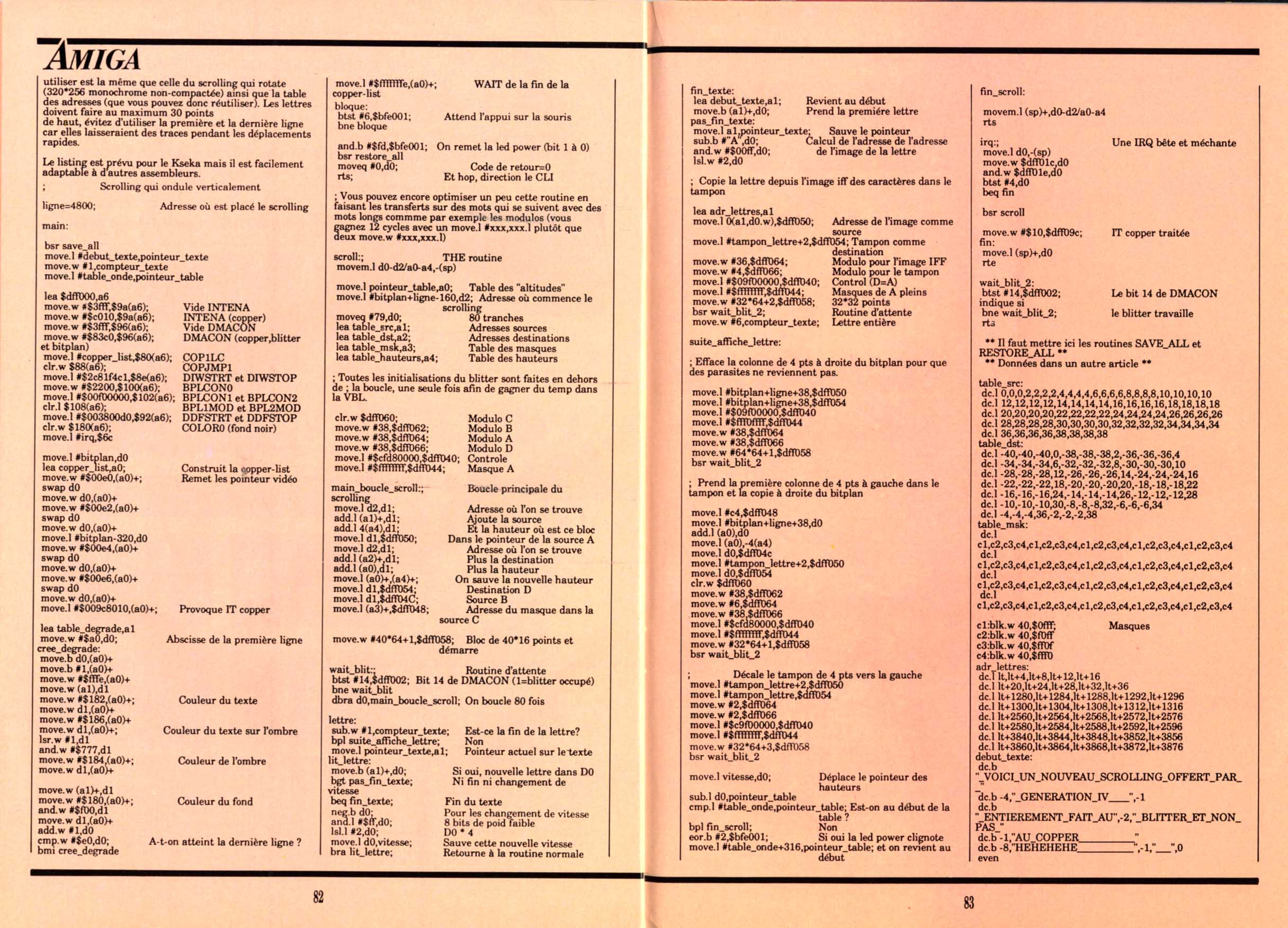 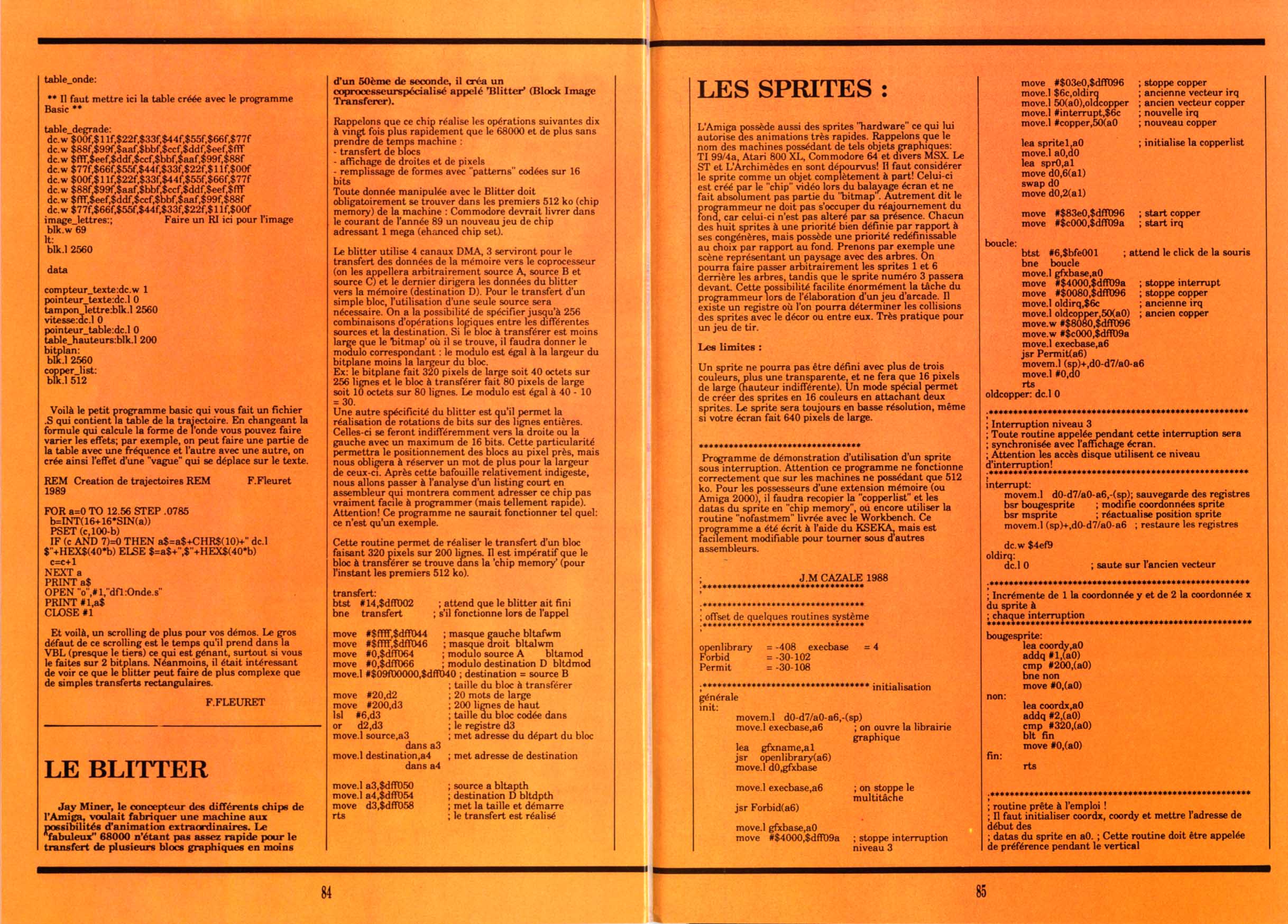 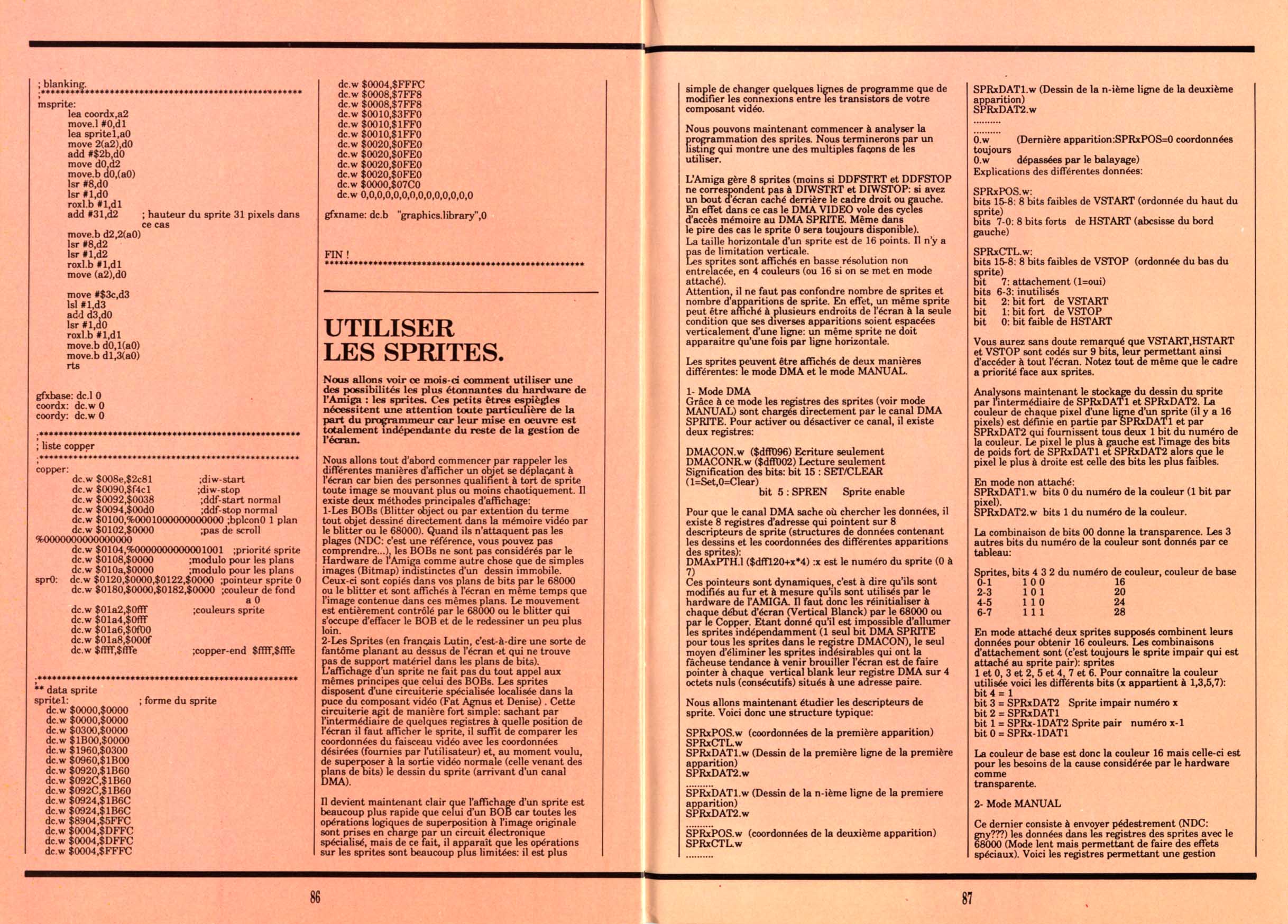 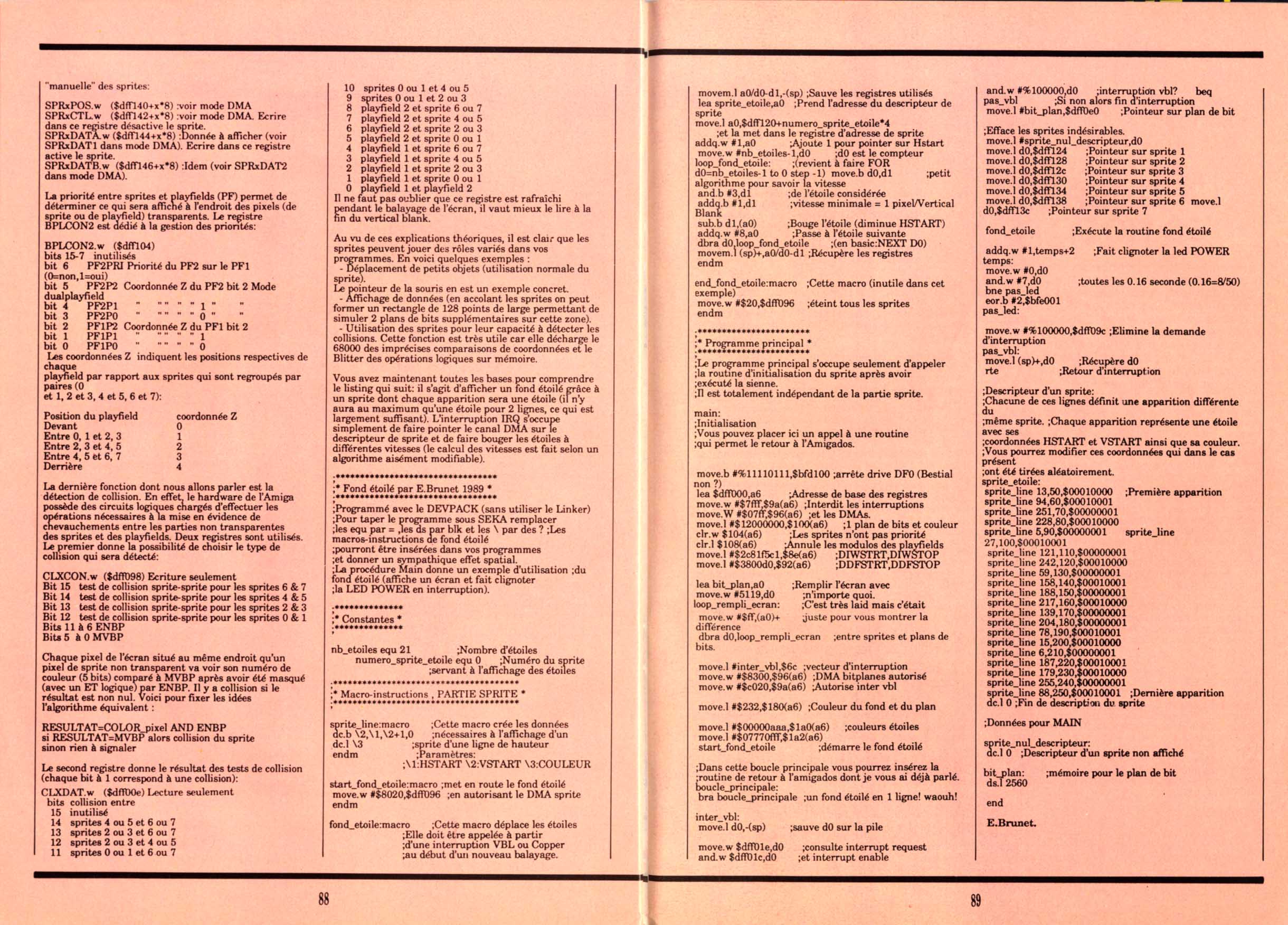 In order to create executable on Amiga, you need a « compiler » or « assembler ». This is a tool that convert your program (called « source code ») into an executable binary. The source code I used are files with the « .s » extension.
There were two main compiler on amiga. Kseka / AsmOne in one hand and devpack in another hand. I mainly used the two first ones (kseka and asmone).

AsmOne (was called Kseka before, this is quite the same program) is a real nice program. It is what we call now an « IDE » (Integrated Development Environement). That means you can everything when launching AsmOne.

Here is one picture: 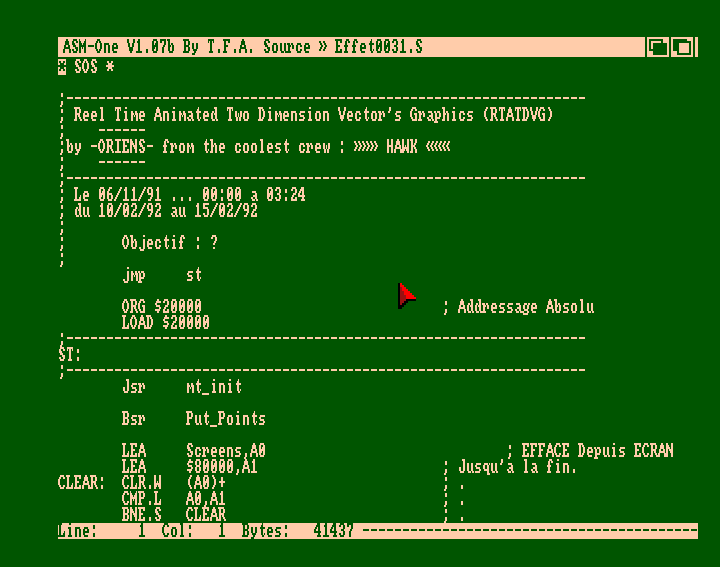 The tool is mainly divided into two parts: The command part, and the text editor. You can switch from one to another by pressing the « esc » key.

I’ve recorded a video showing how to create one very simple program. On the video you can can these steps:
1/ Launch AsmOne
2/ Choose memory type and amount of memory to allocate for our text and program. « Chip » memory is the base memory of Amiga 500. « Fast » memory is the extra memory you can add by plugin a memory extension. Video buffers can not be in fast memory.
3/ Press ‘esc’ to go into text editor.
4/ Type the following code:
loop:
move.w $dff006,$dff180
bra loop

(in fact this is the dummy version of the program, because this is infinite loop and never end. In the video it is a clever version that exit using a counter).

5/ Exit the text editor window by pressing ‘esc’
6/ Assemble (or compile) the source code with command ‘a’
7/ Execute with command ‘j’ (jump).
You can see some colors appearing on screen. This is because the program is a very fast loop where the value of the electron beam ($dff106) (changing very quickly) is put into the color 0 ($dff180) (the back color). So you can see lot of colors (each 8 pixels a new color). The D0 register is used to loop 65000 times, which is equivalent to 2 second approximately.

The dollar sign is used to write hexadecimal values ( $dff006 ).

The DBRA function loop until the register reach the value -1 (not 0 as I wrote in the video). You can see that when exiting the program, the D0 register is equal to $0000FFFF which is « -1 ».

RTS means « return from subroutine ». This is a clean way to exit a program.

MOVE is an operation to … move data 🙂 …. The syntax is MOVE SOURCE,DESTINATION.

HERE are some more info about 68000 assembly language.

So now you have done your first program!
Let’s see something more complicated.