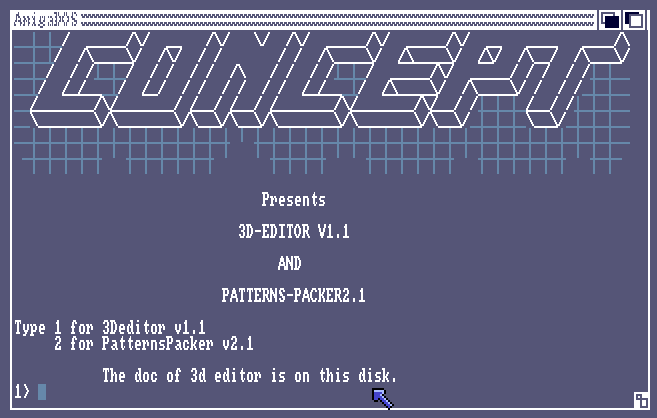 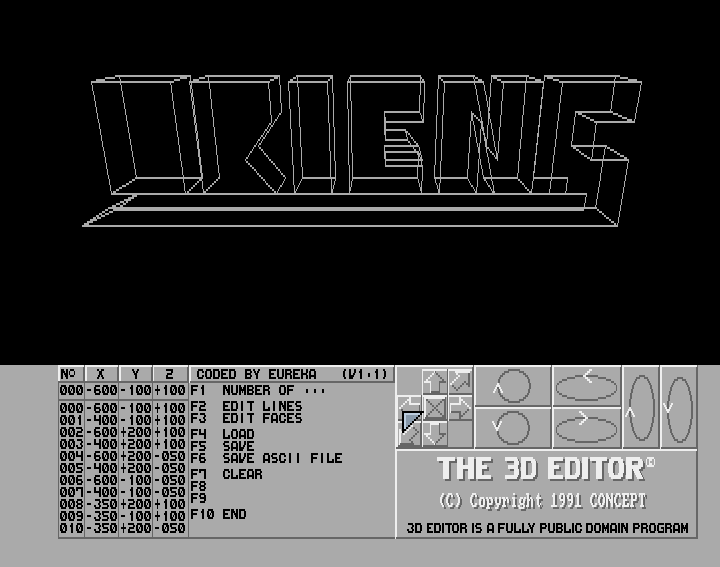 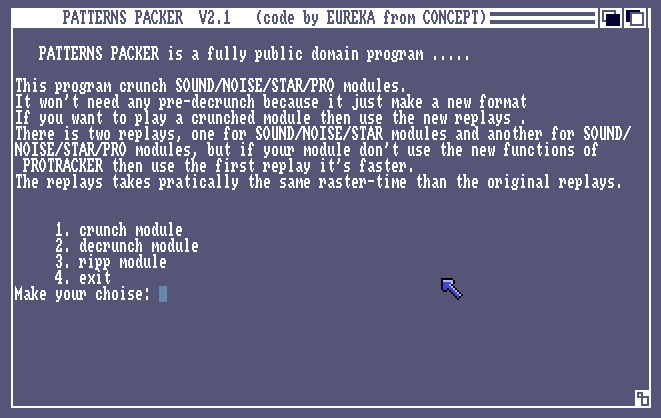 The two tools have been done by « Eureka ».

The two tools have been put on a disk and I’ve coded an intro for it. You can see it here:

« CONCEPT PRESENT THE PATTERN PACKER AND 3D EDITOR 1.1  BY EUREKA. CREDITS FOR THIS INTRO : CODE BY ORIENS , MUSIC BY TEBIROD , GRAPHS BY ACES FROM  HAWK. THIS IS THE LAST PRODUCTION OF CONCEPT… IT WILL BE SPREAD AT THE IRIS NYC ON THE 27 DECEMBER 1991 … HAPPY NEW YEAR AND GOOD PARTY …. TRY TO GET THE BRUNO CARETTE DEMO MADE BY HAWK. »

What is nice about this logo is that the inside color and the outline colors are separated. So I’ve been able to do some nice palette effects and to change the colors line by line.

He also drawn some part of the front elements: 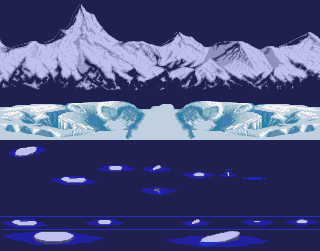 The back mountain have been ripped from the game « Lemmings » 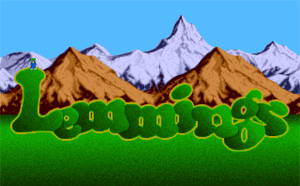 The front ice have been ripped from one loading screen of the game « Driving force ». 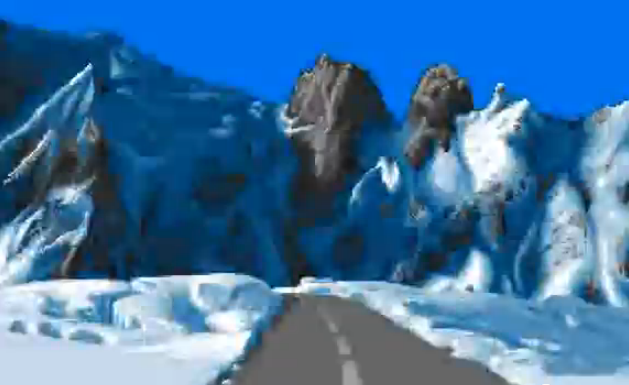 Usually we do not use so many ripped arts, I guess this intro have been done very quickly.

The music is called « The unnamable« . Module is 120Kb. You can find it HERE.

Here is the full source code: intro.019.s
The effect on the logo is done using the copper list and changing all logo colors for each line. The logo is composed of 16 colors Differents parlettes have been defined (11) and there are displayed using a small sequencer. 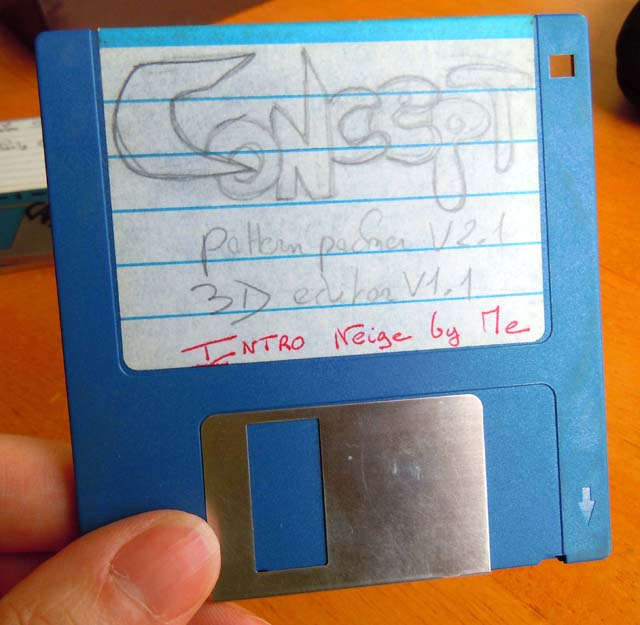 There is also another intro in another version of the editor (surely version 1.0 released one year before), done by « Han Solo » (was the previous name of Performer)

Cool demo of that time:

By christophekohler | décembre 1, 1991 | Uncategorized | No Comments |