Some times after the first hawk mega demo, someonce contacted me to work on a presentation for a video clip. He saw « Hawk mego demo » and wanted me to create one intro/demo for them. Three guys come at my home and explained my there were doing a video for their school job. The video they were making was about a french company : GIRAVIONS DORAND INDUSTRIES. It is company of telecommunication. The video clip was about military application.
Date was  Oct 1991
It was a paid job. I had to create an « original » intro and some sfx for illustrating part of the video clip.
So I worked on arts and code to create a nice intro (fading in line logo), and I also creating some deluxe paint animations.
I delivered the project and got paid for that job. It was the first time I earned money while programming.
The video clip team hired one video engineer to create the final video. Hopofully he was working with an Amiga. But the worked I delivered was not fine for him because he could not use it. I remember that I went to their video stutio with my source disks. In fact, I forgot one flag (as far as I remember, it was « genlock » flag). So I changed it and compiled again the intro on their amiga. I also remember that the man that was hired to created the video clip said to me « I could also have done this!! » meaning that he would have been paid for this instead of me. Yes of course he could have done it, but someone have smartly thought it would be better to ask someone « creative » to get something a bit different.

A bit early, in end 1990, I also worked on one music routine for someone named Hervé. He asked me to modify the Futur composer routine, and add support for playing sfx on it. He worked on an Atari game named « Antago » and wanted to create games on Amiga with his friends (« Imagex »). This game have also been released on Amiga. 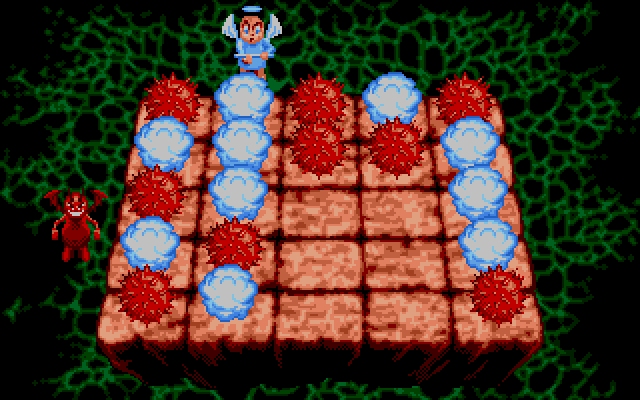 Here is the code for the « Futur composer + Sample sfx play » routine.

Never got paid for this one.

But it was first time I met someone working in the video game industry.

Great demos of that time