I also met some nice people from another group called « The Strike Force » (TSF). I can not remember how I came to met them. Maybe with our french « Minitel » which was an early version of internet. They were one server for computer geek called « R-TEL ». (One article in french) 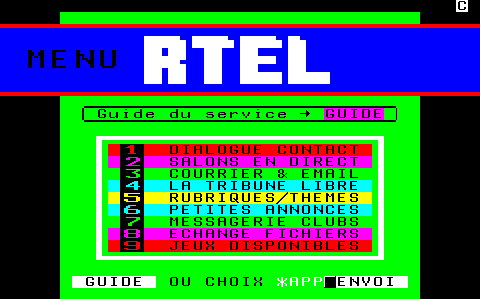 One of the good side of the demo scene is that you often meet new people. And you learn a lot from each new people. So I met Martin « Striker » and Stephane « Annakin ». They also introduced me to lot of people, we’ll see that later.

From an old disk I get the list of T.S.F members:

So I made one intro for them 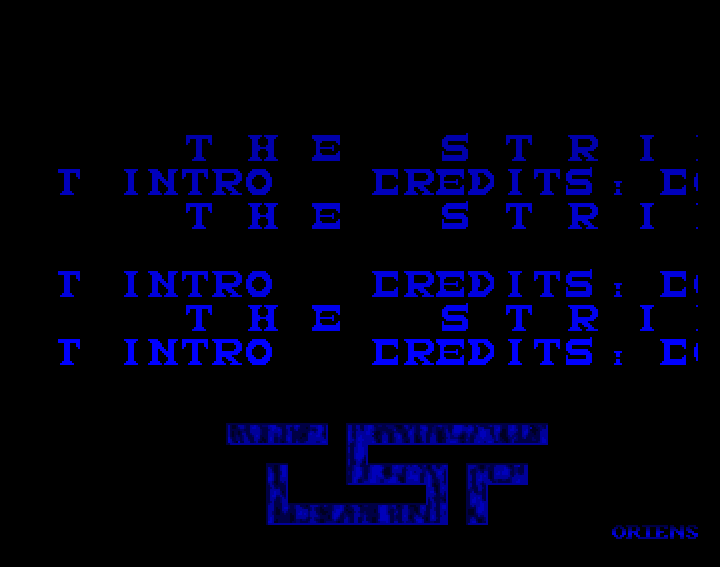 The font is the same as into the Dino intro and logo was a bit ugly. The intro feel empty. The logo was « flying » and go between the scroll.

I had a better logo made by Striker, but it was not used (maybe I received it after creating the intro). Here it is:

And guess what …..  I also cracked one game for them. What ?? a crack ?? me ????
In fact, it was not really a crack, because as I previously said I was not interested into cracking game. But when I first tried the game « Operation Stealth », I noticed that the developper forget to remove one feature: When pressing one key, you could switch to the empty workbench screen. Idea came to display there a picture with protection answer. That’s how I « cracked » that game. I’m now ashame of that because « Operation Stealth » is a very good french game (surely one of the best adventure game on Amiga) and later, I worked with some former people from Delphine Software. So big sorry for that.
In another hand, they were others real cracks of the game that were quickly done later and mine was not the most swapped version.
However, you can still find it on the internet.
I took another nickname for this : « Sai ». (A sai is a traditionnal japanese small sword).
Here is a video of it, with intro at the beginning.

There is also another version, with another intro done by Eureka (a very nice and good coder). You can find it there.